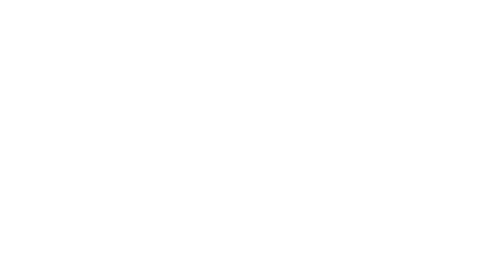 The governance of the SU2 Foundation, following its mission and bylaws,  is performed by the Board of Directors. Two standing committees have been appointed by the board in order to carry out the day-to-day operations of the Foundation: the internal affairs committee will lead code development, finance, human resources, facilities and so forth. The external affairs committee will lead fund-raising, marketing public relations, support and so forth. The exact domain of responsibility of each committee, as well as the composure of the committees,  will be set by the Board of Directors. The committees, or the Board directly, will charter, according to the requirements of the Foundation’s operations, working groups (WGs) for the completion of specific tasks with specific deliverables in a fixed time-frame.

The procedure of WG creation

Once a Foundation committee (internal or external) encounters the need for a new WG, it prepares a document that defines its tasks, schedule, and deliverables. The initiative for a new WG can be originated from anybody in the community. In such a case the suggestion will be adopted (or dropped) by the relevant committee (or the Board itself). The processing of the WG will be then handled in co-operation with the initiator.

A template for the charter document is provided in Appendix A.  The document may include some milestones of WG activity that will require specific approval of the issuing Foundation committee. Then one (or several) of the committee members (or any volunteering party) will approach suitable members of the community to recruit them into the WG. Once a proper quorum is reached (where three is a minimal number for a WG), the committee will request the approval of the board for the WG. The request should include the chartering document and the list of proposed members of the WG.   Following guidelines provided by the Board, the charter document and the list of WG members may be modified until the Board approves both. The approval procedure can be performed by electronic communication and does not require a formal meeting or a formal vote of the Board.

Once chartered, the WG begins work and provides periodical reports to its initiating committee.  The periods of reports, as well as required components that should be included in these reports, are to be defined by the charter document (see Appendix A). Based on the progress reports, the initiating committee may decide to intervene in the WG activity and to steer it in modified directions. In cases where milestones that require approval were defined, the issuing committee will provide these approvals (or request specific modifications to the WG operation). Those reports and approvals will be made available for the Board of Directors once they are issued. The WG activity may include specific deliverables, e.g. written documentation, that can be disseminated to the community, uploaded to the website or uploaded to the code repository as necessary. Whenever possible,  usage of the standard Pull-Request ( PR ) procedure for these uploads is the preferred approach. Only in special cases, will specific approval of the issuing committee be required for such an upload.

Once the WG has completed its tasks it should provide a final report to the issuing committee. The scope and the expected contents of the report will be agreed upon in advance in the charter document, subject to modifications during the operations of the WG.  The committee will accept the report as is or may request additional components in the report. Furthermore, the issuing committee may request the WG to extend its activity and include additional deliverables in its final report. After receiving the committee approval, the final report will be presented before the Board of Directors for approval or requested modifications/additions. At that stage, the WG can be closed or re-initiated for a new list of tasks.

All the above-listed communications can be performed by e-mail with no need to set a formal Board or Foundation Committee meeting.

The Executive Director can also initiate a WG, as she or he finds necessary, without the involvement of a certain committee. The conclusion of work of such a WG has to be approved by the Foundation Board, as required for the other WGs.